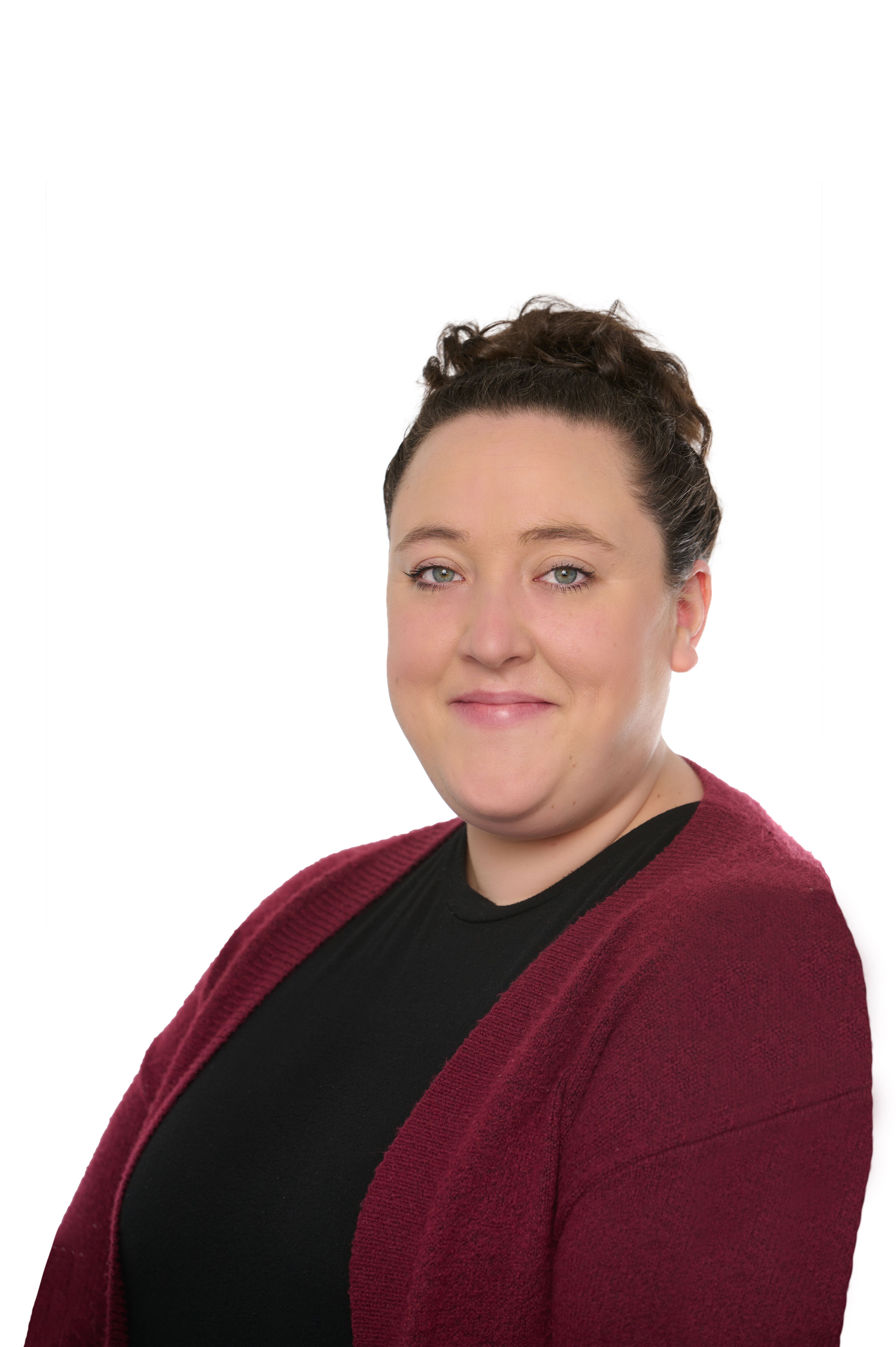 Christa and Aland always knew they wanted to have two children, but they never expected to have both of them at the same time! Keep reading to hear about their challenging fertility and pregnancy journey, how they ended up with IVF identical twins, and how they managed to stay positive throughout the process.

Skip to a section:

As it goes with many modern romances, Christa and Aland met one another online ten years ago. "We always knew we wanted to be parents and wanted to start a family right after we got married in 2018," Christa says. "We actually had one of our baby's names (Harlow) picked out for years."

After the couple discovered they would need some additional help conceiving, a friend of theirs recommended Illume Fertility. "I actually work in the same building as Illume, and had literally driven past the entrance a million times," Christa says. "We worked with Dr. Ilana Ressler, who was absolutely wonderful!"

Our Next Step: IVF Treatment

They started their IVF journey in 2020, right in the middle of the COVID-19 pandemic. "It was sort of a scary step to take," admits Christa. After their first cycle of IVF in January 2021, they ended up with only one genetically normal embryo. The couple had always discussed their desire to have two kids, so they decided to do another IVF cycle right away. Unfortunately, that second cycle didn't result in any genetically normal embryos.

"Despite me feeling a little tired and defeated doing back-to-back IVF cycles, we again decided to do another cycle right away," Christa says. Thankfully, after this third cycle, the couple ended up with three genetically normal embryos, and were excited to do an embryo transfer. But they never could have anticipated what happened next...

The Embryo Transfer That Changed Their Lives

On June 7, 2021, Christa and Aland had their first frozen embryo transfer (FET). "Although we knew the genders of all four embryos, we decided to simply transfer the highest graded embryo," Christa says. "At the time of our transfer, we agreed to find out the gender, which was a girl."

As soon as Christa's pregnancy test results came back, they were told their first transfer had been successful and were incredibly happy. At six weeks pregnant, Christa had her first pregnancy ultrasound. "I was excited, but also anxious about the viability and health of our baby girl," she recalls. "I remember listening to Dr. Williams explain everything we were looking at on the screen, and then he paused and referenced a second embryo."

Although Christa heard Dr. Williams talking about two embryos, she couldn't fully process what that meant. "It turned out that our one embryo had split into two, and we were having identical twin girls," she says.

"We were absolutely shocked, and sort of went through a wave of emotions," Christa remembers. "We just never really considered our embryo splitting!" Once they processed the information and started to think about the reality of having twins, they were overjoyed. "Looking back now, I can’t imagine not being a twin mom," she says.

As it all settled in, the parents-to-be's nerves turned to excitement, as they realized that their dream of having two children would soon come true - just in a different way than they'd originally planned!

Editor's Note: While twins are an exciting, welcome surprise for many families, it's important to understand the risks that come along with a multiple pregnancy. We always advise patients to do single embryo transfers rather than transfer multiple embryos in order to reduce potential risks for mom and baby.

The Complexity of Twin Pregnancy

"My pregnancy went pretty smoothly - until it didn't," Christa says. "I was monitored very closely, as initially my maternal fetal medicine specialist and OB both thought I had monochorionic monoamniotic twins." In yet another shocking turn of events, her doctors ended up finding the dividing membrane at about 24 weeks, confirming the girls were actually monochorionic diamniotic twins."

At 31 weeks, Christa developed severe preeclampsia (and eventually, HELLP Syndrome) and was hospitalized. On January 8, 2022 (at 33 weeks gestation), she delivered her twin girls Harlow and Remington via emergency C-section.

While Christa had a complicated delivery and recovery, her girls did well, only spending a little time in the neonatal intensive care unit (NICU) for feeding and growth support. Sadly, due to the complications Christa experienced, she wasn't able to meet her daughters or reunite with her husband until the babies were 10 days old (the photo on the left above is from the day they were all reunited as a family).

See each step of the process:

How They Navigated Their IVF Journey

"Going into fertility treatment, I absolutely knew it was going to be difficult, but for me, it was much harder than I ever could have anticipated," Christa admits. "It’s so time consuming and taxing, both emotionally and physically, and the lack of control is so hard." She says she is very thankful she was able to rally and create a wonderful support squad to help throughout their journey.

💛 On sharing your struggles: "I didn’t go into IVF thinking I would be as open about it as I was," Christa says. "For me, being open and talking about it helped a lot! Also, as an African-American woman, I wanted to normalize utilizing IVF as a treatment option."

Build Your Own Village

When things got tough with IVF, Christa leaned on her support system. "My husband was a great support and found ways to be a part of this journey, especially when I struggled," she says. "I was lucky to have a few friends who had gone through IVF, who were invaluable. I also had some friends who haven’t gone through IVF, but still supported me along the way."

Christa also found solace in the online infertility community, and felt she had a place there. "I have a few women I have never officially met, but we still remain in contact," she says. "I also did my best to prioritize my own self-care, starting fertility acupuncture right before my third cycle - I was a bit skeptical at first, but I think it was really helpful!" she says.

On Playing the Waiting Game

All the time spent waiting between the various steps of treatment was hardest for Christa and her husband.

"You sort of feel like you're in this constant cycle of hurry up and wait, with ambiguous timeframes," she says. "Then,  depending on the outcome of the results you were waiting for, that will dictate the next step and the timeframe for that! Waiting for our embryos' genetic testing results to come back felt like it took forever and consumed most of my days during that time," she says.

Her advice to other fertility warriors? "Give yourself lots of grace and don’t be afraid to advocate for yourself!"

"Infertility is just hard - it's a challenge sometimes to not internalize it and feel like you have failed or your body has failed you," Christa admits. "I don't always feel comfortable speaking up, as I don't want to come off as rude or difficult, but we had a few hiccups along the way where I had to advocate for one thing or another."

Thankfully, Christa says, her Care Team was more than receptive when she did raise concerns. "They were wonderful with allowing me to do this (a few times tolerating my tears), while collaboratively coming up with a viable plan and next steps," she recalls.

❤️ Pro Tip: Don't be afraid to speak up at any point during your fertility journey and tell your doctor and team if things don't feel right or you have specific concerns you'd like addressed.

Photos: (L) Christa, Harlow & Remington dressed up for Halloween; (R) the twins showing off their smiles!

What's next for the family?

Christa and Aland say they are fully enjoying having their daughters Harlow and Remington in their life. "They are both full of so much personality, and it's been fun to see them grow and develop in the last 10 months."

As of right now, they are not considering transferring any of their remaining embryos - they have their hands quite full raising their twins! The couple looks forward to experiencing what life has to offer with their sweet girls.